If you’re playing NFL on Fanduel, then be prepared because NFL is by far the most competitive sport on the site.

Doing whatever it takes to gain a competitive edge is absolutely crucial to having success during the season.

The first step is to study the Fanduel NFL scoring rules and prepare a strategy to build a lineup full of studs and value plays that can go off. Whether you play in mostly GPPs or 50/50 cash games, hopefully this article will give you further insights that most people miss.

If you want higher scores and more winnings, then you need to find those must plays each week. The more you understand the scoring system, the easier they are to find.

Fanduel NFL scoring is similar to standard Yahoo! or NFL.com season long leagues. However, there are a few keys difference. Here’s a complete chart of the scoring system:

Starting off with offense, we clearly see that offensive rushing and receiving touchdowns are the quickest way to rack up points in a Fanduel contest. Fanduel awards 6 points for skill player TDs but only 4 points for passing TDs. That’s a 50% difference in value for the same result.

Passing yards are valuable as well, but you only earn 4 points per 100 passing yards. Target QBs that have a habit of throwing at least 40 times and have matchups against weak pass defenses.

A good strategy is to spend a little bit more on RBs and WRs while looking for value at the QB position. If you can roster the highest scoring QB for the day, then you put yourself in a great position to beat the rest of the field.

QB Example: Why You Should Seek Value QBs over High Priced Ones

In Week 3, many people (including myself) selected Aaron Rogers, Matthew Stafford and Peyton Manning as their QBs. These are 3 of the most expensive quarterbacks on Fanduel.

However, Kirk Cousins ($6,800) outscored all 3 of these super expensive quarterbacks with 28 FDP. If you picked Cousins, then he gave you around 4 FDP per 1k in salary. You want to pick players that can return at least 3 FDP per 1k in salary to achieve a high score. The more over 3x value, the better.

If you do proper research, you will find excellent value QBs in the 6k to 8k salary range each week. It’s all about matchups and analyzing defensive against statistics. I will explain more of this in a future post.

Moving over the RBs, we earn 50% more fantasy points per TD scored. It’s crucial to put up points at this position. Not only are TDs valuable, but you earn .1 point per yard or simply 1 point per 10 yards rushing.

I like to target RBs that can go for 100 yard rushing days. This will give you a nice floor of at least 10 points. If they score a few TDs, then you can easily choose the highest scoring RB of the week.

Pass catching RBs are more valuable on Fanduel as well because you earn an extra .5 points per reception. Simply head over the NFL.com or ESPN.com and see how many catches your RB averages per week. Some running backs catch more passes than others. They carry more value over traditional running backs who only rush for yards then get replaced by a more agile passing catch substitute.

Even though Richardson is officially the starting running back, he is completely one-dimensional and can’t really catch passes from Luck. Bradshaw can run and catch so he becomes the more valuable Fanduel fantasy option. It’s not enough to look at depth charts. Certain players have different roles in teams. A great statistic to watch is total touches per game. The more touches your RB gets, the more chances he has to rack up points. Target RBs that get at least 15+ touches per game.

A target is simply when a QB makes an attempted throw towards a wide receiver. You want to select WR and TEs that receive a high number of targets. I use the Rotogrinders Targets page to see how many attempted passes a player receives per week on average. This is a crucial step that many miss.

Don’t get stucked into WRs that put up huge gains because you probably only know half the story. Sometimes, receivers put up huge receiving days because of 1 big play. You don’t want to play receivers that put up 2 catches for 100 yard games. It’s better to get 10 catches for 100 yards because you earn that half-point per reception. Plus, the receiver gets plenty of looks, and has good chemistry with the QB.

Kicker is often pretty random but there a few ways to take advantage of them. First off, you need to choose a kicker who plays on a decent offense. If your kicker never gets into the red zone, then he can’t score. Also, certain teams have fewer elite skill players than others. A good passing offense is better than a team with a star running back because the RB will often find the end zone and turn your field goal into an extra point.

I recommend selecting a kicker against a bad defense that gives up a ton of yards. The more yards a defense allows, the more red zone opportunities your kicker will have. Don’t focus so much because kickers have limited upside at basically 20 points max. As long as you hit around 10 to 15 points, you will be set.

Choose wisely though because a kicker that puts up 5 or fewer points will ruin your night.

In general, I like selecting defenses at home in an outdoor stadium because they have the benefit of the home crowd and most quarterbacks play worse away from home.

While it’s nearly impossible to predict defensive TDs, I think it’s much better to go for sacks and turnovers. Turnovers are the most valuable stat because you earn 2x the points as sacks.

Some teams give up way more turnovers than others so we want to target them when selecting a defense. Go to ESPN.com and find the teams with the largest turnover ratio. These are great opportunities to play a defense against them.

The other important stat is sacks. Rookie QBs and backups get sacked more than seasoned veterans. Also, teams with terrible offensive lines can easily give up 5+ sacks in one game.

This will give your defense a nice floor even if they give up some points. 7 points or less is ideal, but a defense that produces turnovers is more valuable than a defense that gives up 10 points but does nothing else.

Hopefully you have a firm understanding of the scoring system and how it works. In my next strategy post, I will show you exactly how to research players and choose ones that will put up a big Fanduel score. There are lots of tools out there, so you don’t have to do all the work yourself.

If you have any questions, just leave them in the comments. 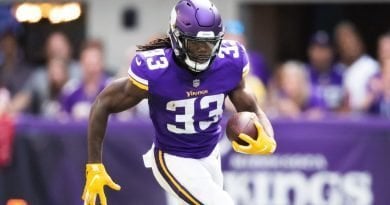 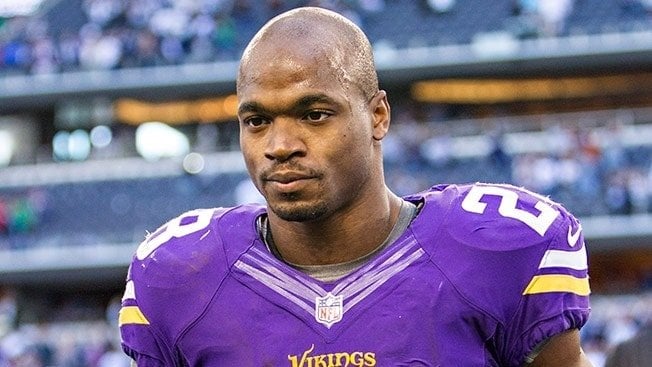 One thought on “Beginner’s Guide to Fanduel NFL Scoring”