Yesterday, I had a solid night and really focused on core value plays then went for a few superstars. Every night, there are 2 to 3 underrated guys that become must plays due to all the freed up salary cap. It is crucial to identify these core plays then build around them. Last Night, we saw how even guys like James Harden can score under 30 FDP. By fading Harden for Eric Gordon, I was able to cash in the majority of my contests.

My favorite game targets tonight are:

Players in the Charlotte vs Golden State game will probably be super low owned so consider playing 1 or 2 to give yourself a unique lineup with major upside.

I’m going right back to my favorite value PG on this slate, Brandon Jennings. He should have another big game, plus we don’t have to worry about a potential blowout. The Brooklyn defense is the worst in the league so he should rack up plenty of points and assists.

The Waiters show continues on and he gets another nice matchup against the Hawks who have struggled defensively recently. Right now, I want to target the hot hand and I think he has a better matchup than Goran Dragic. He’s hit 40 FDP in 3 of his last 5 games so he has a pretty nice ceiling with a safe floor.

When PG13 is red hot, he is a must play. He has 4 straight 30+ point games and I still like him even though the price has increased quite a bit. The Orlando Magic defense is a mess and they are constantly giving up big games to SFs. The Magic allow 48 FDP to SFs over the last week so fire up PG13 in all formats.

With Zaza Pachula out, I want to target Draymond Green in this matchup. If the Warriors play small ball, he should slide over to the PF position and get a nice boost in rebounds. He already put up 36 FDP on the road against this Hornets team, but I am expecting a monster performance from him. He’ll be low owned too and could help you win a tournament.

Whenever Drummond is putting up 20 point and 20 rebound games, he becomes a must play in all formats. He gets a juicy matchup against one of the worst rebounding teams in the NBA. His ceiling is massive and could easily be the highest scoring center on the night. Don’t overthink this one. When Drummond is on fire, he becomes a chalk play. 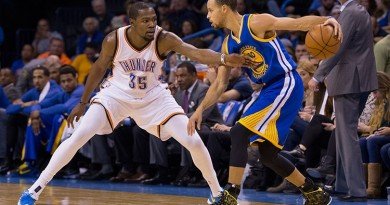 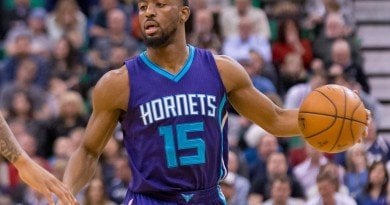