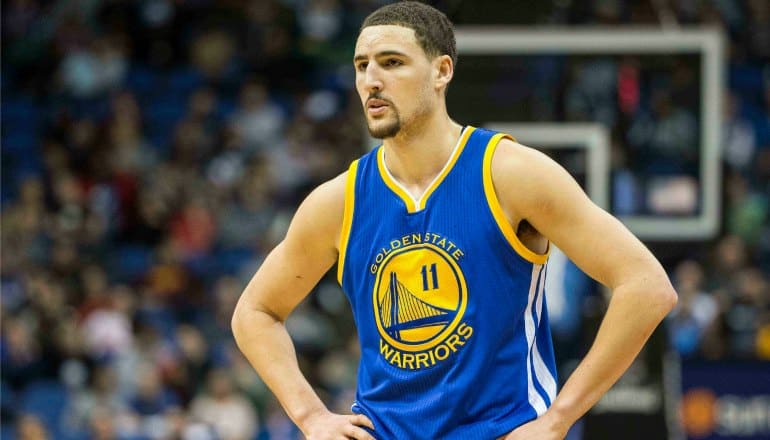 Welcome to our Fanduel NBA DFS Picks for October 31, 2018. In this article, we provide 9 of our favorite players to plug into lineups for tonight’s 7 game 7:30pm main slate on Fanduel.

There is a lot of drama going on in Minnesota because Jimmy Butler has refused to play against the Jazz and won’t suit up tonight. Jeff Teague is also out tonight, which opens up a lot of value for the Minnesota Timberwolves. The matchup isn’t great but I think Derrick Rose becomes a top value play on tonight’s slate. He gets a great matchup Vs Ricky Rubio and should see a huge increase in usage and FDP production.

It’s unbelievable that Curry is still under $10k despite his numbers. He’s leading the league in scoring and is shooting over 50% from the field and from 3pt. He’s a lock in all my lineups against a Pelicans team that gave up 47 FDP to Jamal Murray

No Jimmy Butler or Jeff Teague will open the doors wide open for Derrick Rose who should absolutely go off in the spot start. If there is one weakness in the Jazz’ defense, it;s Ricky Rubio. Rose should have his way with him all night long.

He has back to back 60+ FDP games and his price is still under 10k. He should score at will in this uptempo, fast paced matchup.

He dropped 52 points in his last game and will look to stay hot against the Pelicans who will probably be playing without Anthony Davis tonight. Stacking the “Splash Brothers” (Curry and Klay) is a good strategy to add plenty of upside in your GPP lineups. They are also safe for cash since the Warriors are projected to score the most points on the slate.

He played 37 minutes in the Mavericks last game and faces off against the 2nd worst defense in the NBA, the Los Angeles Lakers. Vegas thinks the Lakers will win by 7 but this is another great game to stack. You’ll want some exposure to this game for GPPs because there is a chance that the Warriors-Pelicans game turns into a blowut.

His minutes have increased in 4 straight games and he put up 35 FDP against the Bulls in a blowout. Yes, there is risk that the Pelicans keep it close but he’s getting more run. He’s the 4th leader scorer behind Curry, Klay and Durant over the last 3 games.

He averages 35 FDP at home and can get hot from 3 pt range in a hurry. Dallas is ranked last in opponent 3pt field goal percentage (.468) so expect Kuzma to go off tonight.

There is risk in cash games but Thaddeus Young is the ultimate GPP play at the PF position. He’ll be low owned but his history against the Knicks is strong. He’s increased his FDP output in 4 straight games vs NYK and I expect him to have a good outing at Madison Square Garden. You’ll need a few low owned players in good matchups to go off. My play is Thad Young.

Both Julius Randle and Jarrett Allen are priced at $6,600 so I’m going with the lower owned pick who has a better matchup. First off, the Pistons are on a b2b and must travel from Boston to New York. Also, Allen went off for 39 FDP in his last matchup VS the Pistons. Julius Randle isn’t 100% and Anthony Davis could return for this game as well. I think it’s a good contrarian pick to go with Allen against a tired Pistons team.

Warriors are the top stack tonight. I’ll have at least 2 or 3 in all my lineups.

The Mavericks are struggling on defense and Rondo’s return really helps this offense a lot.

Another good stack is the Mavericks who are going against the 2nd worst defense in the NBA. You could stack both sides of this game and if it goes to overtime, you’ll be in a great spot in GPPs. 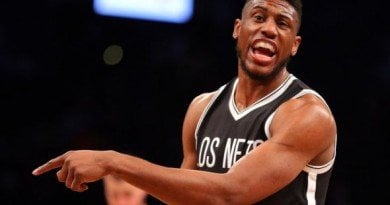 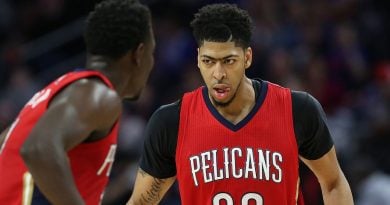