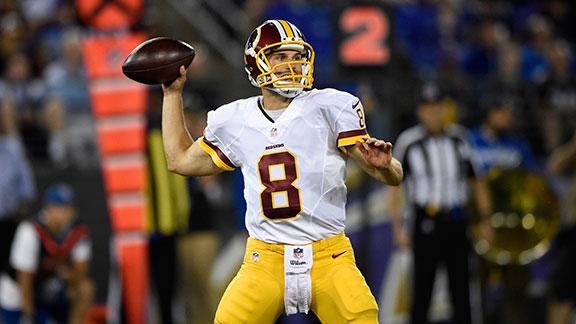 Week 2 was full of ups and downs as we successfully completed the first 1/8 of the season. In this article, I will go over the biggest waiver wire pickups according to Yahoo! Fantasy Football Transaction Trends. It’s a great tool for discovering the most popular players just sitting on the waiver wire for you to grab.

The most popular Week 3 waiver wire pickup is Kirk Cousins. 275k teams added him so far this week. With RG3 sidelined with a dislocated ankle, Kirk Cousins will start at QB for at least the next 8 weeks. He is a must add because he serves as a better fit for the Redskins Offense.

Jamaal Charles went down with a foot injury and Davis stole the spotlight with an impressive outing. He looked strong and explosive while rushing for 79 yards and 2 TDs. He received a total of 28 touches and should carry a heavy load in the Chiefs offense until Charles returns.

Ryan Matthews went down with a MCL sprain so Donald Brown will get the bulk of his carries. Brown had a solid season last year for the Colts and could surprise some fantasy owners this year.

Bradshaw rushed for 70 yards and caught 2 TDs passes in an explosive colts offense than prefers him over Trent Richardson. Bradshaw broke plenty of tackles and is Luck’s go to guy in the flat around the goalline.

Sanu caught 3 passes for 84 yards and a TD after A.J. Green picked up an injury. His 67 yard TD makes him a dangerous deep threat and he should take Green’s role in the deep ball game.

Paul is Kirk Cousin’s new favorite target. He caught 11 passes for 99 yards and a TD after RG3 went down with an ankle injury. Expect Paul to get a lot of targets as long as Cousins remains the starter.

Old man “Gates” went off against the Seahawks for 3 TDs, proving he still got it.

The lone bright light in New York is Donnell. With Victor Cruz becoming irrelevant, Donnell is getting most of the targets from Eli Manning. 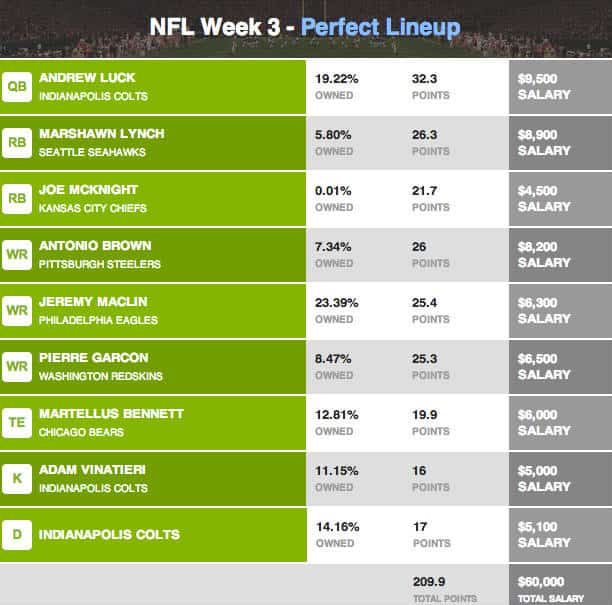 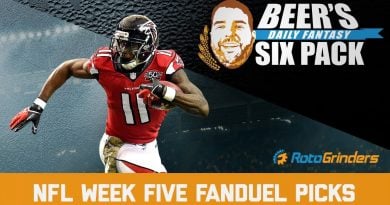