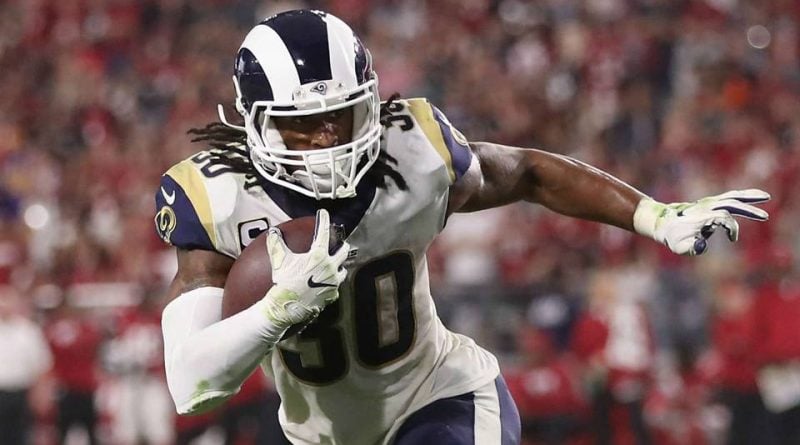 The Texans host the leaking Raiders pass defense that got shredded to bits by Aaron Rodgers. Rodgers posted 400+ passing yards and 5 TDs last week so fire up Watson in your cash games and GPPs. The Raiders have been stout against the run (69 rushing yards allowed in the last 3) so Watson should pass often. I want to pair him with Kenny Stills or Deandre Hopkins in my lineups.

Gurley is in a great matchup VS a winless Bengals team. This game could get out of hand early but Gurley still projects as a lock and load play. He has at least 16+ touches in 3 straight games and faces the worst rushing defense in the NFL. Don’t expect the Rams to air it out but instead pound the ball on the ground. I also like a stack with Rams DEF in cash games and tournaments. The addition of Jalen Ramsey has taken this defense to a whole new level.

The Patriots believe in running the ball and Michel is one of my favorite plays on the slate. He’s averaging over 20+ carries in his last 2 games and faces a struggling Browns’ run defense that allows 206 rushing yards over the last 3. He gets goal line carries too, giving him plenty of upside on TD dependent sites like Fanduel.

The 6’3, 220+ lbs receiver leads the NFL in receiving yards and should feast at home VS the Cardinals. Even with Patrick Peterson back, it’s hard to fade Thomas at home. He scored in his only matchup Vs the Cardinals plus Arizona has been tough against the run. With 17 passing TDs allowed, Thomas has a high ceiling and a potential breakout game like he did 2 weeks ago at home.

Coming off a monster 4 TD week, he should get plenty of targets against this week. Last week, Matthew Stafford targeted Jones instead of Kenny Golladay who had a tough matchup Vs Xavier Rhodes. Janoris Jenkins is the Giants’ top cornerback who should shadow Golladay again because he is still the Lions’ top passing threat. His price tag is still reasonable and it’s hard to fade someone with such a high upside in a top heavy passing offense without their starting RB Kerryon Johnson.

This is a contrarian play because I want to fade Deandre Hopkins in favor of Kenny Stills. Watson could easily spread the ball around against a leaking Raiders’ pass defense, making Stills a much better value play this week. Will Fuller is out so he should see an increase in snaps and targets.

Ingram has ridiculous home/away splits (22 FDP away Vs and he is always a guy I like to target in road matchups. Assuming the Lions’ air it out, Daniel Jones will be looking for Ingram early and often. He’s posted 20+ FDP in both road games this season.

The addition of Jaylen Ramsey is a major win for the Rams. The Falcons struggled last week to get any traction and now this same defense faces a winless Bengals team. They are priced the same as the Patriots who have to deal with Odell Beckham Jr and Nick Chubb. Surely, I like the Rams at home at what should be lower ownership. 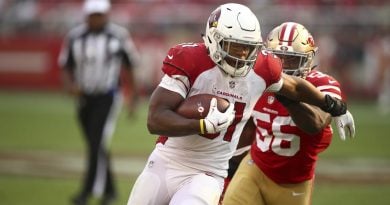 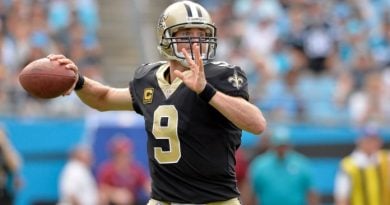 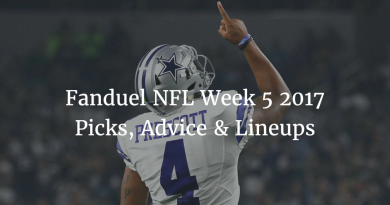